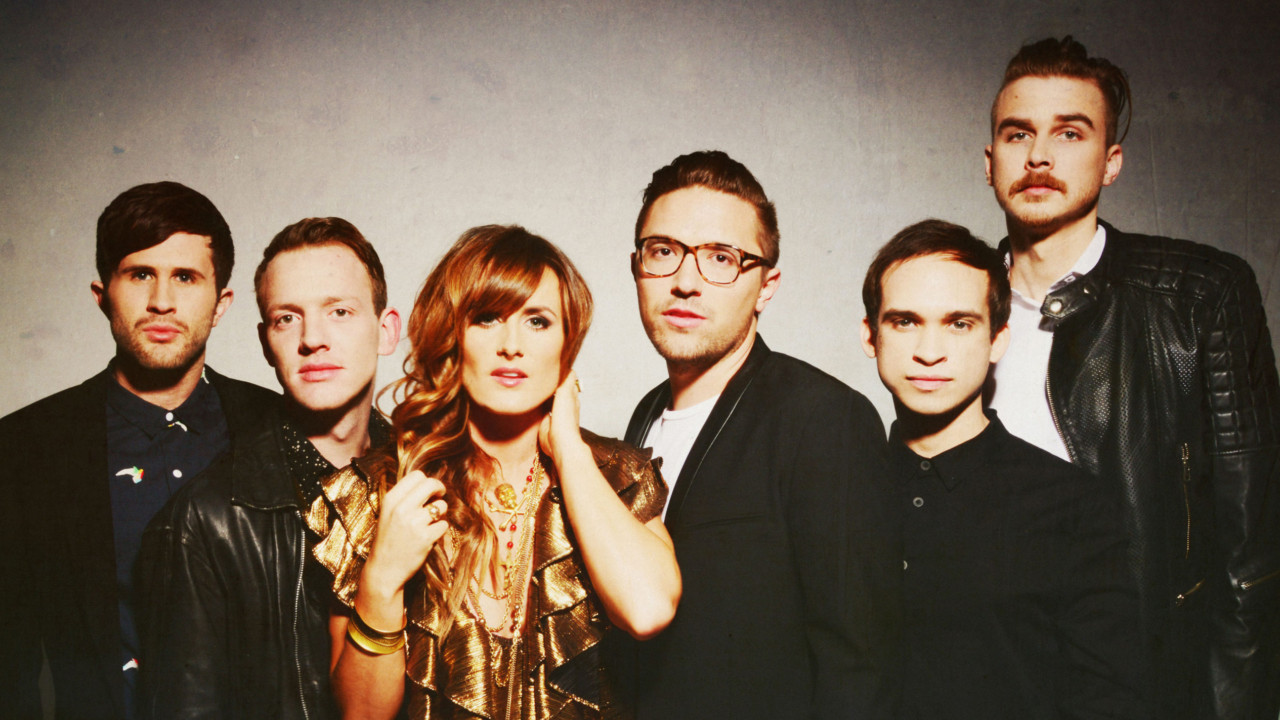 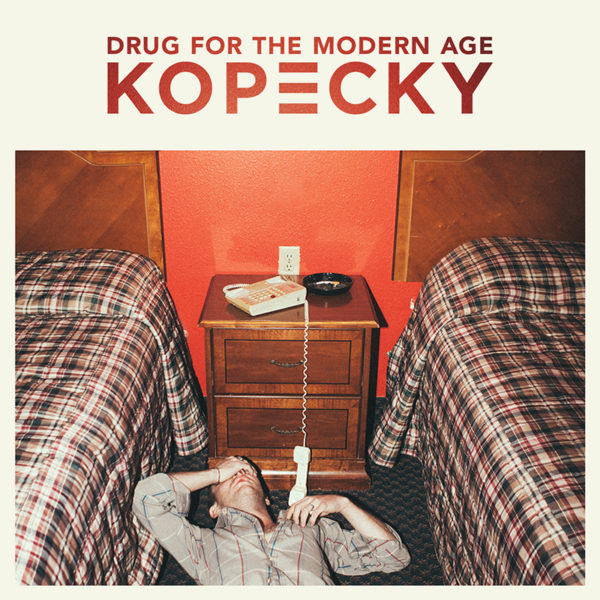 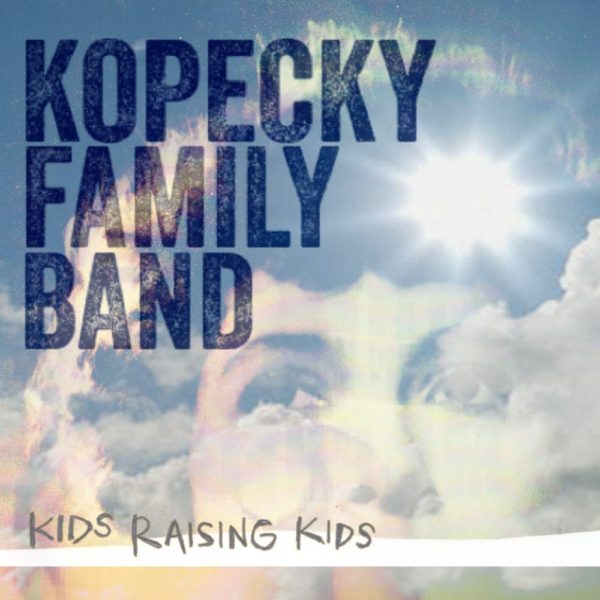 The second album from Nashville-based six-piece Kopecky, Drug for the Modern Age takes the many shake-ups the band’s endured over the past few years and turns them into inspiration for groove-driven, melody-heavy alt-pop that’s intensely emotional and strangely exhilarating. Formerly known as the Kopecky Family Band, the group looks at such life-altering events as the sudden loss of a loved one, divorce, and struggles with addiction, along with more joyful happenings like new love and marriage. “The album was written in this weird time of so much pain but also happiness, and that really informed the writing and recording,” says vocalist/guitarist Gabe Simon, who co-founded the group with vocalist/keyboardist Kelsey Kopecky in 2007. “Our goal was to talk about all these very serious things we were dealing with, but in a way that felt nothing like wallowing and more like standing triumphantly, or even dancing our way through it.”

In achieving that dynamic, Kopecky (whose lineup also includes guitarist Steven Holmes, bassist Corey Oxendine, cellist Markus Midkiff, and drummer David Krohn) offer moments of symphonic grandeur alongside edgy, electronic-leaning innovation. Meanwhile, their daringly intimate lyrics both unsettle and engage, asking questions and encouraging reflection on the part of the listener. “The idea behind the title Drug for the Modern Age is that we’re all trying to find the drug that helps us get through life and deal with the pressures and challenges that almost everyone in our generation faces,” says Gabe. “Whether it’s love or real connection or even an actual drug, we’re all looking for something that makes us feel like we’re a part of something good and meaningful.”

As on their 2012 debut Kids Raising Kids, Kopecky teamed up with Konrad Snyder, a producer/engineer who’s previously worked with Milo Greene and Night Beds. But this time around, the band took a more slowed-down and deliberate approach that allowed them to bring new level of sophistication and soulfulness to their songcraft. “Our last album was mostly written in the middle of touring ten months out of the year, living on trail mix from the gas station and barely sleeping—which actually helped us get to a very raw place in our songwriting,” says Kelsey. “But for this one we were able to spend more time with the songs, and the result of that is something that feels much more grounded and thoughtful. We were constantly trying to crack each of the lyrics open, and break them down to what we’re really trying to say.” And when it came time to record, the band divided up their sessions between several different locations, including EastSide Manor Studios (an East Nashville facility complete with an old indoor pool converted into a reverb chamber). “The studio’s in this amazing house, and a lot of the nights we were recording there’d be people partying out in the yard,” recalls Gabe. “We knew a song was working when they’d wander into the tracking room and start dancing along.”

With its piano-laced groove and aching harmonies, the gloriously atmospheric “Die Young” opens Drug for the Modern Age by reflecting on the recent death of Markus’s little brother and on the sense of courage and renewal sometimes born from tragedy (a sample lyric, from the song’s chorus: “If we’re gonna grow up we’ll do it in our own way/But if we’re gonna die young we’ll try to live with our mistakes”). Throughout the album, Kopecky also consider the more shadowy dimensions of the human heart: the hypnotic and haunting “Burnin’” twists together jagged yet ethereal guitar lines and languidly delivered lyrics exploring shame and desire (“What I love is bad for me”), while the darkly charged synth-pop of “Thrill of Passion” touches on what Kelsey describes as “the problem of always being tempted by the thrill of something new, instead of being okay with the present moment and what you already have.”

Drug for the Modern Age serves up its share of intricately layered love songs as well, revealing Kopecky’s endless grace in merging sweetness and melancholy. In its quietly devastating narrative of sex and heartbreak, “Closed Doors” is an epic breakup ballad built on dreamy guitar tones and sensually charged lyrics (“Shoulders facing shoulders/Keep me till I’m sober”). A shimmering piece of dance-pop genius, “My Love” sheds light on the ephemeral nature of romance on the road (“All of my ghosts are here speaking politely/Saying it’s time so I walk away slowly/What a pleasure it’s been, so for now let’s pretend”). And with its gritty guitar riffs and bombastic drumbeats, “Quarterback” spins the slyly feel-good story of an underdog who misrepresents himself to get the girl (“It was a lie, and I won’t say I’m sorry till I know you’re mine”) before realizing that, as Gabe explains, “he can love as good as anyone else, and it doesn’t matter who he is.”

On its title track and finale, Drug for the Modern Age closes out with a powerfully elegiac yet life-affirming anthem. Partly authored by Steven in the midst of a stint in rehab, “Drug for the Modern Age” counters its often-cutting lyrics (“I’ve been chained to a script in my mind/What I’d give to forget all my lines”) with lilting strings, soaring melodies, and “Hey Jude”-esque, sing-along-ready harmonies. Within those harmonies lies a palpable sense of togetherness, a unity that the band intentionally sought to cultivate in creating Drug for the Modern Age. “One of the main things we wanted to address on this album is the fact that, in a time when we’re all so wired in and constantly staring at our phones, we’re not engaging and hearing each other’s stories the way we should be,” says Gabe. Not only essential in helping certain band members cope with major life changes, that telling and hearing of stories went a long way in elevating the band’s songwriting. “We made a point of taking a step back and being real with each other and opening up, rather than just trying to hash our way through songs,” says Gabe. “It really helped us to voice our feelings in our lyrics in a more candid way than we ever had before.”

With the band forever bound by their shared passion for purposeful songwriting, all that revelation and sometimes-painful truth-telling ultimately fulfills something central to Kopecky’s mission: a deeper and stronger connection with each person listening. “It blows my mind to picture someone sitting in their bedroom and listening to lyrics that I came up with my own bedroom, and the transfer of emotion involved in that,” says Kelsey. “The idea of someone playing our music at their most vulnerable just makes us want to be more vulnerable too,” she continues. “It keeps us from holding back, and pushes us to express those exact feelings of pain or heartache or beauty or celebration as honestly as we possibly can.” 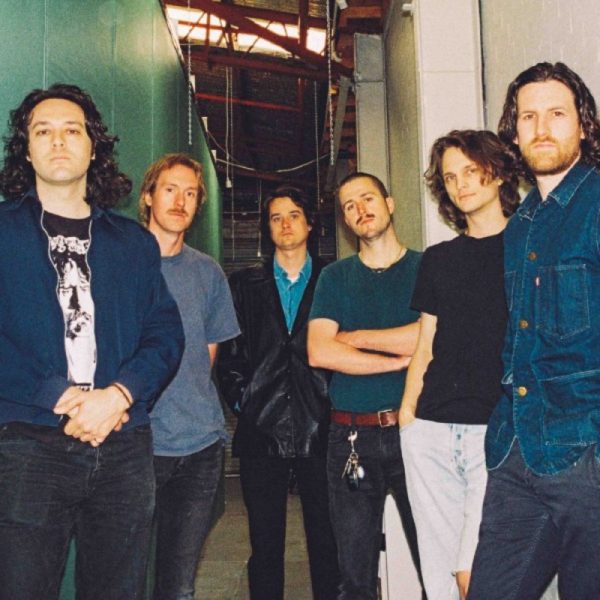