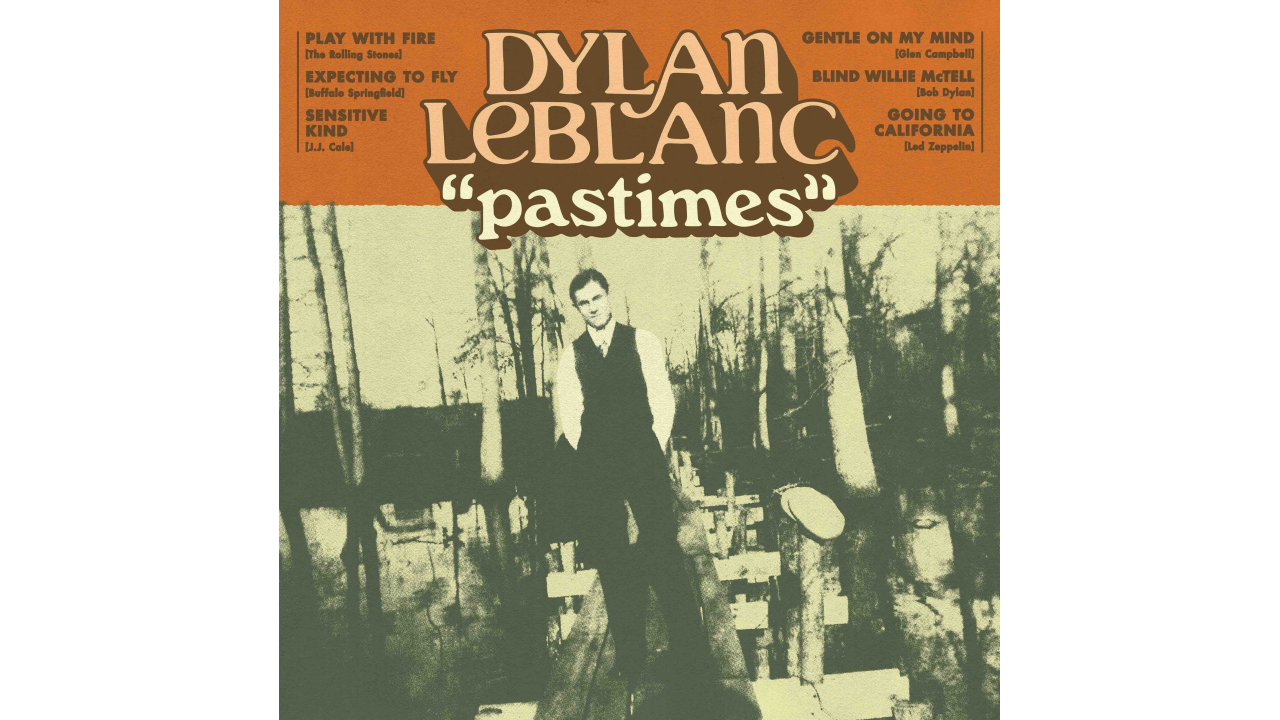 Today Muscle Shoals singer-songwriter Dylan LeBlanc releases his new EP Pastimes, a self-produced collection of covers of songs from Glen Campbell, Bob Dylan, the Rolling Stones, Led Zeppelin, Buffalo Springfield, and JJ Cale that inspired him to create his own acclaimed alt-country sound. Pastimes is streaming everywhere now and will be released on orange-colored vinyl in November.

LeBlanc has also shared a new visualizer for his cover of Led Zeppelin’s “Going to California.”

“When I was 15 years old I got my first paying gig at a local coffee shop called Juri’s,” says LeBlanc. “I remembered this girl that sat behind me in class and I bonded over Led Zeppelin IV. I remember I had gotten a Led Zeppelin box set that year for Christmas, and her favorite song was ‘Going to California.’ I rushed home to learn that song for her and spent hours in my room at my grandmother’s house where I lived at the time so I could play it for her and impress her. This song will always hold a special place in my heart. I love this record and this era of music that I think will always remain untouchable forever and always.”

Each song was chosen for its deeply personal impact: JJ Cale’s “Sensitive Kind” takes LeBlanc back to the smoky dive bars his father would bring him along to as a child. Led Zeppelin’s “Going to California” brings him back to age 15, playing his first coffee shop gigs and learning the song to impress a girl. Buffalo Springfield’s “Expecting to Fly” reminds him of teenage joyrides, speeding through the country and listening to music to escape life’s harsh realities. He learned the art of storytelling through songs with the Rolling Stones’ haunting “Play With Fire” and Bob Dylan’s “Blind Willie McTell,” a track that he compares to reading a Southern Gothic Faulkner novel. And Glen Campbell’s “Gentle On My Mind” is a song he remembers from his early childhood, when his grandfather, also a guitarist, would throw parties where friends would gather to drink and sing and forget their troubles.