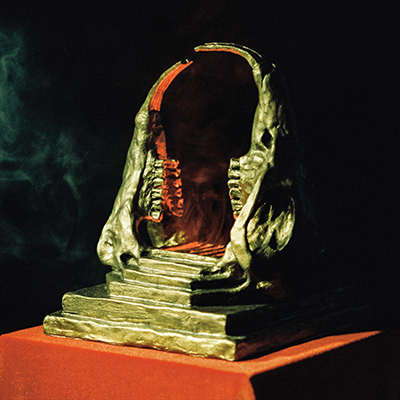 The planet is in trouble. Dire trouble. But fear not: Melbourne, Australia seven-piece King Gizzard & The Lizard Wizard have returned with Infest The Rats’ Nest to save us all, this time armed only with blast beats, an arsenal of well-oiled guitars that are locked and loaded, and a desire to melt faces clean off.  Their fifteenth studio album, Infest The Rats’ Nest is by far The Gizz’s hardest and heaviest album to date. How metal is it? Very Metal. Maybe even more. King Gizzard & The Lizard Wizard aren’t mere dabbling dilletantes either. Their love of this ferocious music runs deep, and was previously explored on 2017’s apocalyptic concept album Murder Of The Universe, hinted at during 2016’s award-winning Nonagon Infinity’s more bludgeoning moments and elsewhere in numerous hardcore psychedelic freak-outs in their back catalogue.

“In year 4 there was an older kid who was into Rammstein,” explains Stu of his early discover discovery of metal’s extremities. “I made friends with him and we put together a performance at our school assembly where we headbanged to ‘Du Hast’. I got whiplash, which I thought was pretty cool. That was my introduction to heavy metal, and soon Rammstein led to Metallica, Metallica led to Slayer, Slayer led to Kreator and Sodom. The German bands really kicked my ass and scared the hell out of me too. Later on, when I picked up a guitar I realised that shit was too hard to play, so I got into rock ‘n’ roll and garage. That was liberating.”

Infest The Rats’ Nest is the sound of King Gizzard & The Lizard Wizard scratching the thrash metal itch, fully and unequivocally. Ferocious and direct, ‘Organ Farmer’ is built on drums that gallop away like a battalion of wild horses over the horizon and a triple guitar attack set to stun. It’s the type of sub-three minute song you wish Hetfield and co. still made. ‘Venusian 1’ goes at it even harder, a shredding collection featuring an army of guitars. A guitarmy, if you will. This is an album dripping with disdain and disgust for a planet consuming itself in a mass act of cannibalism. ‘Superbug’ sings of the type of lurgy that will one day destroy us all, while the utterly nihilistic ‘Self-Immolate’ sees riff piled upon riff and Stu Mackenzie delivering a vocal display to stand alongside the likes of Tom Araya or Max Cavalera. “I’m a pretty shit singer but I do think of my voice as an instrument,” laughs the frontman. “You’ve got lots of tones and different sounds in there you can experiment with.”

Elsewhere recent single ‘Planet B’ is a frantic, bludgeoning beast of a song, a scorched earth blitzkrieg that depicts a world burning through its natural resources (“Open your eyes and light the fluid / Get into a petrol siphon / Low on meals, browning fields / Bury children…”) and charging headlong into a population exodus that may only be solvable through the colonization of other planets. Breakneck closer ‘Hell’ meanwhile is the last black bile-spewing word on musical brutality. King Gizzard meet the fears and anxieties of a planet head on; here is a place where uncompromising music meets the concerns of contemporary cli-fi, that emerging movement of writing centred around ecological disaster and its repercussions.

“The A-side of the album is set in the near future and is about real shit going on right now – especially ecological disaster,” explains Stu of the album’s grand themes. “We’ve got a lot of things to fear. The B-side tells the story of a group of rebels who are forced to leave Planet Earth and try to settle on Venus.  I spend a lot of time thinking about the future of humanity and the future of Planet Earth. Naturally these thoughts seep into the lyrics.”

There’s no rest for the wicked. Raise those devil’s horns and prepare the spaceships, motherfuckers.  King Gizzard return to the US/Canada this August for their largest headlining shows to date. 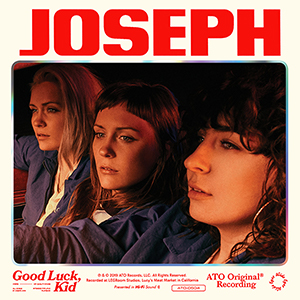