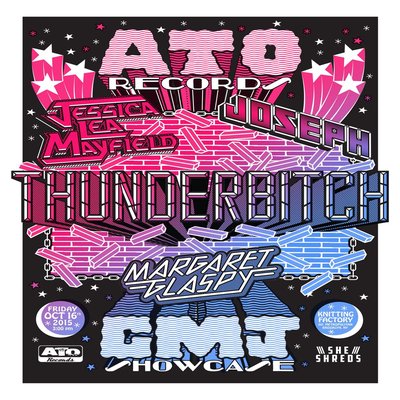 Party with us at Knitting Factory Brooklyn for a FREE showcase of ATO Records’ fiercest new talent, brought to you by She Shreds. First 20 people to RSVP at info@atorecords.com will receive guaranteed entry. CMJ badge holders are welcome, and will recieve priority entry.

THUNDERBITCH unleashed their surprise self-titled release to a standing ovation earlier this fall. The New York Times’ Jon Pareles said, “The music reaches back to Chuck Berry and the Rolling Stones, charged with late-1960s adrenaline. It’s a joy to hear.” On the heels of Alabama Shakes’ groundbreaking Sound & Color, Brittany Howard formed Thunderbitch and recorded in secret, enlisting the talents of Clear Plastic Masks and ATO label mates Fly Golden Eagle. In the words of the band, “Thunderbitch. Rock ‘n’ Roll. The end.

Get a taste of the supergroup’s engine-revving sound here:


—
JOSEPH is a bewitching trio of sisters from the Pacific Northwest. The band is currently recording their full-length album with Mike Mogis (Conor Oberst, First Aid Kit).

“The sounds that they are able to summon from their bodies are heaven sent, roundly giving you chills and making you feel as if you’ve just been kissed” – Daytrotter

Watch the ATO Session for Joseph’s enchanting “Eyes to the Sky”:

—
MARGARET GLASPY, ATO’s newest signing, boasts a diverse of musical background from competitive fiddle to marching band trombone. But with influences ranging from Joni Mitchell to Elliott Smith, she focuses her talents in fiercely raw, guitar-driven pop songs. She is currently cutting her debut album, due out next year, at Sear Sound with Shawn Everett (Alabama Shakes, Lucius, Har Mar Superstar) in New York City.

“[Margaret Glaspy’s] croons and minimalist folk guitar have a knack for sending shivers down any spine.” – WNYC Radio

Watch Margaret play “No Matter Who”:


—
JESSICA LEA MAYFIELD released her ATO debut Make My Head Sing… last year, marking a new, grungy direction for her music. Mayfield is currently in Brooklyn laying down demos for a new album coming in 2016.

“Mayfield makes you feel as though she’s pouring everything she’s got into the song; that when it’s through, she’ll have nothing left.” -NPR

Watch the fiery video for “I Wanna Love You”: 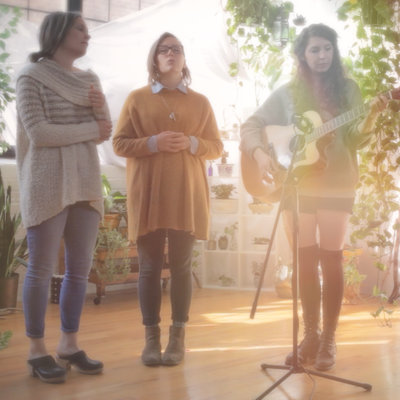 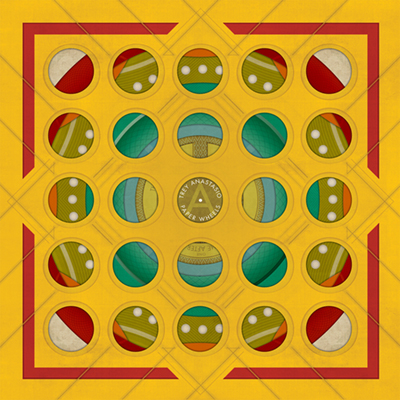