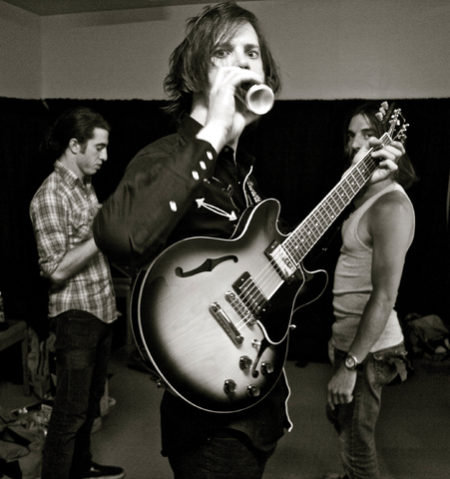 Killer reviews of The Whigs, “In The Dark”

Vanity Fair reviews The Whig’s new album, “In The Dark”…the verdict, buy it! Check out exactly what they had to say about it:

Buy It, Steal It, Skip It: Music Releases for the Week of March 1

The Whigs In the Dark (ATO)
Whatever happened to all the death and sex and ear-splitting guitars in rock music? In contrast to wimpy indie-rock singers channeling their inner M.F.A. student while asleep at the wheel of their Fenders, The Whigs, out of Athens, Georgia, sound like a whiskey-soaked bolt of electricity coming through your speakers. For a trio, The Whigs are loud, like turn-down-the-volume-on-my-iPod loud, part of which should be credited to their beastly drummer, Julian Dorio, whose drum skins take a more persistent beating than the Detroit Lions. The Whigs have all the elements of a boozy rock band—a scratchy-throated lead singer, no-fuss chord progressions, the constant stammer of crash cymbals—but it’s hard to deny their pop sensibilities, which is what makes them instantly likeable: My ears hurt, but, wow is this catchy. On In the Dark, the third release from the band, there is enough unabashed pop laced with sweaty southern thrashing to whet any rock and roll fan’s appetite.


ROLLING STONE: 3.5/5 “The band’s third disc is the sharpest distillation of its neo-college rock yet”

Danny @ SXSW
get the newsletter
join us
listen